[ Note: I shot these photos the day after Paul's funeral, on December 15, 2013.
There was no marker yet, and the new grave was still covered with a green tarp.
I will add new photos once a headstone/marker has been placed on the grave. ] 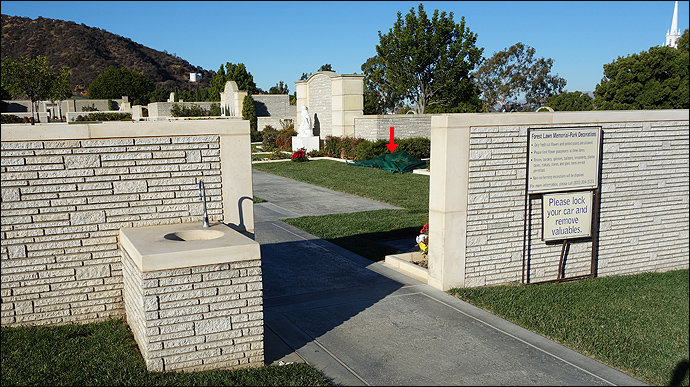 The shot above shows the location of the grave as seen from the garden entrance on Ascension Drive.
Note the sign and the water fountain - these will make it easy for you to recognize the entrance. 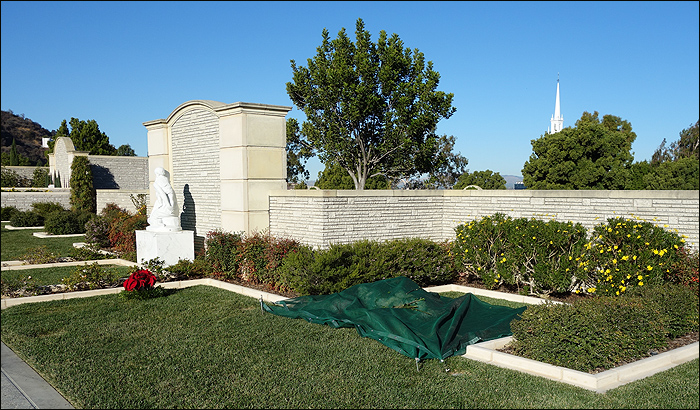 The shot is a closer view.  Note that his grave (covered in the green tarp) is just to the right
of the white statue.  (You can also see the steeple of the Old North Church in the background.) 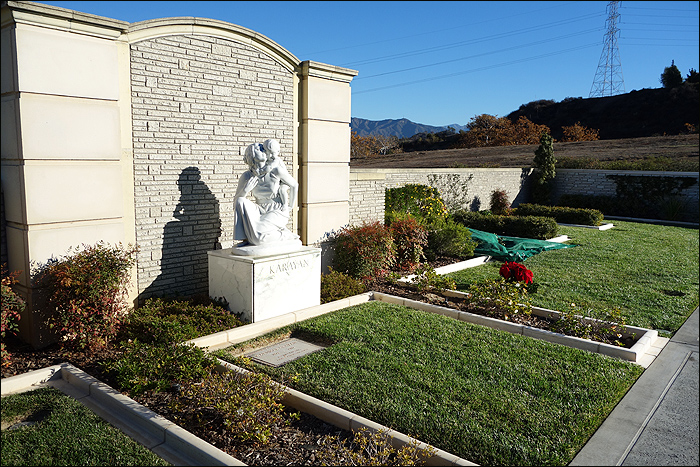 The third shot, above, shows the grave (under the green tarp) as seen from the other side of the statue. 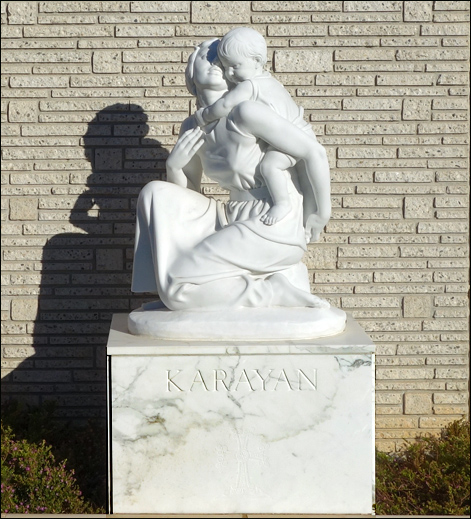 Here is a close-up of the statue near the grave.  As you can see, it reads "Karayan".

Below is a later photo of the grave (shot by Ron B.), shot in late March of 2014.
It's still lacking a marker, but the tarp is gone and the grave is otherwise finished: 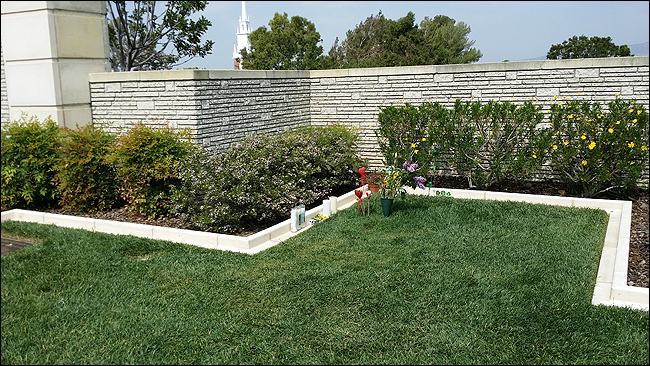 In April 2014, Amanda R. sent me this photo of the grave:
(Still no marker, but lots of flowers this time.) 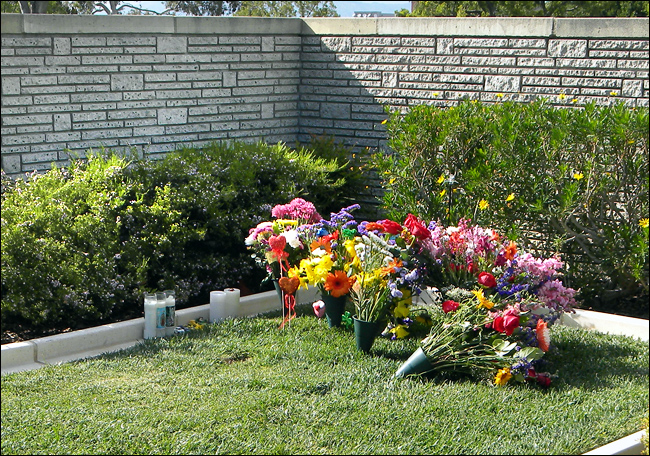 In May 2014, Craig T. sent me these photos of Paul's grave,
which now has a Walker family marker on the wall above it. 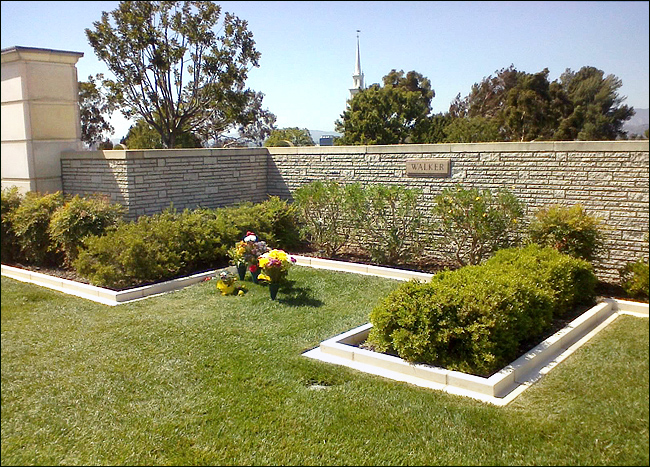 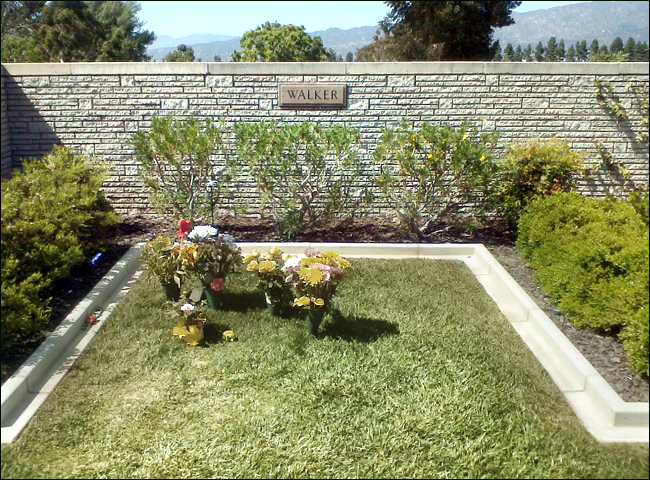 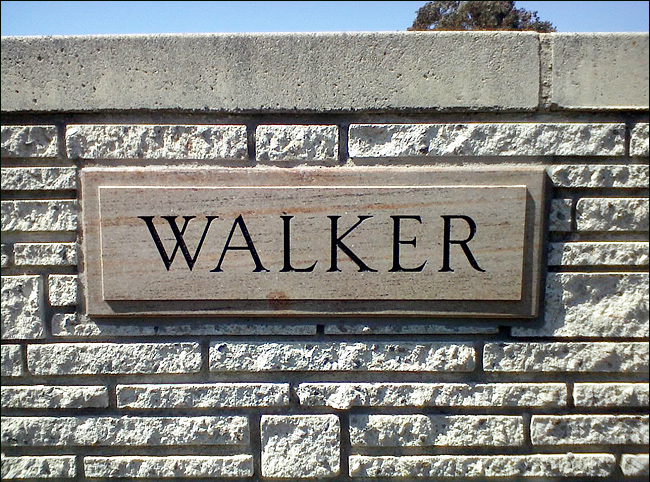 And finally, in mid-May 2014, Debbie R. sent me this photo of even more flowers on Paul's grave. 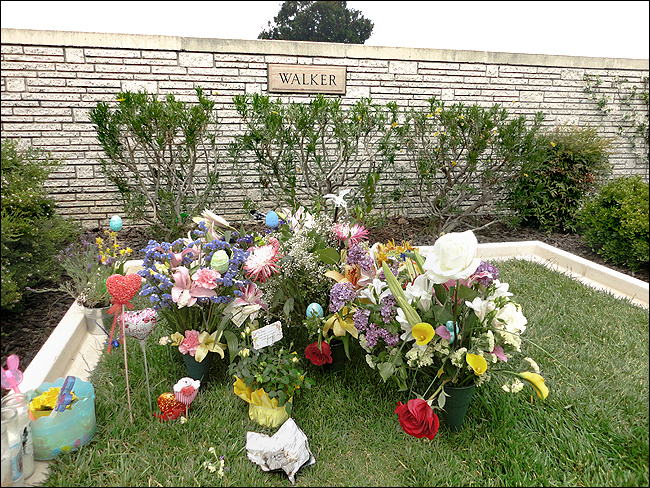 Go to the following related pages:

Final Resting Places of the Stars

Click here to return to
the Seeing Stars main menu

Looking for something in particular? Search the Seeing-Stars website!